Who has been murdered—and who would have wanted one of their neighbors dead?

“Neighbors: The strangers who live next door.” – Richard Bayan

The age old question of “How well do you know your neighbors?” popped up when I read this book. Neighbors, secrets, and a skeleton lie at the heart of this story.

The story takes place in Melville, a charming town where everyone knows each other. There is a unique little area called Melville Heights where all of the houses are big, bright, colorful Victorians. I picture this as the Brit equivalent of San Francisco’s “Painted Ladies” row. Our story takes place mostly in Melville Heights, centered around the neighbors that live on the same ritzy street.

Tom Fitzwilliam, a newish resident of Melville Heights, is perfect. Like, in a Hugh Grant or Brad Pitt kind of way. He is nice, kind, well respected, magnetic, handsome, and loved by everyone. Well, almost everyone. As the book progresses, we get to know Tom through the eyes of his neighbors and his family. Is this man as perfect as everyone thinks that he is? Or does he have terrible secrets lurking underneath that dashing façade?

The format is very similar to Big Little Lies where someone dies in the beginning and the story is sprinkled with little bits of police interviews. It begins with the police investigating the crime scene, and then the story is told in reverse order leading up to the day of the crime. We don’t know who was killed, or why, but there was a very obvious clue left near the dead body.

The story is also about the neighbors who are spying on each other: Married Joey watches married Tom because she has a secret crush on him; Jenna watches her BFF Bess to make sure that she’s safe; Tom’s on-spectrum son Freddie spies on the whole block purely for entertainment; and, Jenna’s cray cray mom has a conspiracy theory that she is being watched by a big group of stalkers and Tom is involved in it. Everyone is paranoid! The story is entertaining, complex, the characters are well developed, and the plot is like an onion where each chapter reveals layer after layer of the backstory so that I could piece together the truth.

There are many themes that are explored in this book – love, loss, lust, guilt, betrayal, marriage, mental illness, obsession, stalking, Asperger’s, domestic violence, teen angst, bullying, friendship, poverty, divorce, grief…. there is a lot wrapped up in this book. All of these topics are covered subtly and respectfully (not graphic).

I love Lisa Jewell’s writing and the way that she builds her characters. This story has a lot of them, but you get to know them over time and it’s easy to keep them straight. The book is evenly paced and kept me guessing. I wanted to know Tom’s true character, and his motivations. Is he a saint, a creep, or just unlucky? I was led down a path and formulated my opinions which turned out to be WRONG! The book kept me guessing until the very surprising and satisfying end.

This is my second Lisa Jewell read. My first is I Found You. The two books have very different plots, but both are great thrillers. I will be tracking down more of Ms. Jewell’s books.

If you enjoy the TV series Desperate Housewives or books that center around neighborhoods, scandals, and friendships like Little Fires Everywhere by Celeste Ng, Big Little Lies by Liane Moriarity, Other People’s Houses by Abbi Waxman, The Family Next Door by Sally Hepworth, Not That I Could Tell by Jessica Strawser, or The Perfect Neighbor by Sarah Pekkanen, you will definitely like this book. 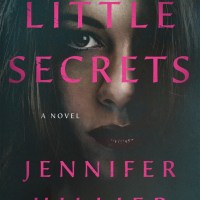 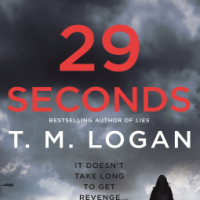