“Too many people spend money they earn ~ to buy things they don’t want ~ to impress people that they don’t like.” – Will Rogers

Late one night a man walks into the luxurious home of disgraced banker Harry and his wife Julie. And when the man launches an unspeakably brutal attack on Harry, a horror-struck Julie, frozen by fear, watches helplessly.

Just one hour later, the attacker, J. P. Carney hands himself into the police and confesses to beating Harry to death. Except he also claims that the assault was not premeditated and that he didn’t know the identity of his victim. With a man as notorious as Harry McNamara, who was just found innocent in a highly sensationalized fraud trial, the detectives cannot help but wonder: Was this really a random act of violence? Was Julie really powerless to stop JP? When Harry’s many sins are unveiled to include corruption, greed, and betrayal, nothing is for sure.

You’re probably wondering why I have a tiger on this review. It’s actually supposed to represent The Celtic Tiger which is a term to describe the booming economy of Ireland from 1997 – 2007. The Irish economy was named the Celtic Tiger because the tiger is a reference to strong economies in Asia; and the celtic part is a reference to Ireland being a celtic nation. (Source)

The book is set in Ireland during the Celtic Tiger days, and the years that follow the financial crash. The story is told from three points of view: Julie, the victim’s wife ; JP, the murderer; and Alice, the detective.

This book is good. The opening scene hooked me from the start and had me reading to the very end.

To be honest, the topic of economics bores me. But I surprised myself by enjoying(!!) reading about Ireland’s economic rise and fall in the context of this story.  I got an inside peek into what it’s like to be poor and rich and even in between. Harry lives a lavish life of luxury, wealth, and power. JP lives a life of poverty and despair. Julie came from a largely middle class family. This story wove all three classes together.

Harry and Julie McNamara are an odd couple. Harry is a magnetic, rich, playboy banker. Julie’s middle class background from a large Irish family, her work as a teacher, and her modest lifestyle seem incompatible with Harry. They don’t seem to fit together at all and their marriage is codependent, as described in this article.

None of the characters were likeable for me, but the writing was descriptive and engaging and I wanted to know why Harry was suffered a brutal beating from a man that didn’t seem to know him. I wanted to know what caused it and how the clues were all related.

The author does a great job of leaving little surprises at the end of each chapter that make you want to read on. We don’t find out how JP is involved with the McNamaras until the end, but then everything makes sense when the details are revealed, even the book cover. And the confession ends up coming from the person that I least expected.

The Confession is an entertaining psychological thriller that weaves in codependency, mental health, addiction, infidelity, greed, and a refresher on the concepts that you learned in ECON 101.

This quote sums up this book perfectly:

Leave a Reply to Keeper of Pages Cancel reply 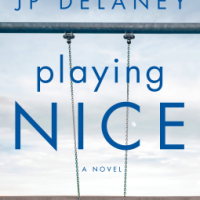 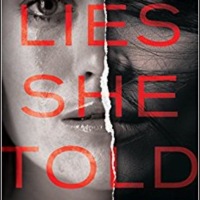 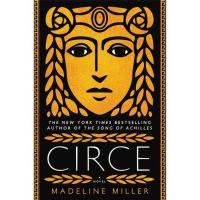