“People go down bad paths and they make bad decisions, but it’s always justified in their head.” – Maisie Williams

I received an advance copy of this book from the publisher through NetGalley.

If you could make one simple choice that would change your life forever, would you?

Erin is a documentary filmmaker on the brink of a professional breakthrough, Mark a handsome investment banker with big plans. Passionately in love, they embark on a dream honeymoon to the tropical island of Bora Bora, where they enjoy the sun, the sand, and each other. Then, while scuba diving in the crystal blue sea, they find something in the water. . . .

Could the life of your dreams be the stuff of nightmares?

Suddenly the newlyweds must make a dangerous choice: to speak out or to protect their secret. After all, if no one else knows, who would be hurt? Their decision will trigger a devastating chain of events. . . .

Have you ever wondered how long it takes to dig a grave?

“People do not realize how important decisions are until they make the wrong ones.” – Unknown

I was swept into this story right at the very beginning. The narrator begins by conversationally describing the effort that it takes to dig a grave.  Like she was telling you this story over cocktails. We don’t know who is being buried, or why, but we know that a crime has occurred and that she is digging a grave in the woods.

The first chapter really drew me in fast, and I had many unanswered questions after this engaging opening. The book then flashes back to the months leading up to this first scene and provides the rest of the context.

Erin and Mark are on a romantic, relaxing, and adventurous 2 week honeymoon at the Four Seasons in Bora Bora, one of the most beautiful and luxurious places in the world. They find something in the water when they go on a day excursion, and their lives are never the same after that.

I loved traveling to Bora Bora through this book. The author describes the area perfectly, and has an obvious fondness for that part of the world.

This is a book with a strong theme on bad decisions. Erin and Mark’s choices were awful, terrible, and never the right ones. It was like a comedy of errors, with many wrong turns. They made me want to scream and yell “WTF!” with frustration, many times. But still I read on, because I wanted to know how this turns out.

“Just because some people make bad choices doesn’t mean that they are bad people.” – Unknown

Even bad decisions usually result in good lessons learned, but alas, this is not the case with Erin and Mark. They keep making poor choices over and over, digging themselves into a literal hole that they can’t get out of.

I was mildly disappointed at the ending, because it was something that I least expected. And many of the questions that I had at the beginning were not answered by the last chapter. There were loose ends that weren’t addressed or resolved by the end. However, don’t let me deter you from reading this book. The writing is good, the pace is rapid, the plot is entertaining, and this is a fast read.

Interesting note: The author, Catherine Steadman, played Mabel Lane Fox in series 5 on the BBC television series Downton Abbey. She has also appeared in The Tudors and Victoria. Read more about her here. 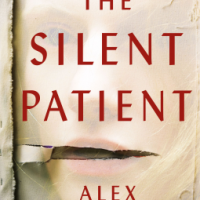