A twisted, fast paced thriller that will keep you reading and creep you out too!

I received an advance copy of this book from Harper Collins / William Morrow through Edelweiss.

Harry Ackerson has always considered his step-mother Alice to be sexy and beautiful, in an “other worldly” way. She has always been kind and attentive, if a little aloof in the last few years.

Days before his college graduation, Alice calls with shocking news. His father is dead and the police think it’s suicide. Devastated, he returns to his father’s home in Maine. There, he and Alice will help one another pick up of the pieces of their lives and uncover what happened to his father.

Shortly after he arrives, Harry meets a mysterious young woman named Grace McGowan. Though she claims to be new to the area, Harry begins to suspect that Grace may not be a complete stranger to his family. But she isn’t the only attractive woman taking an interest in Harry. The sensual Alice is also growing closer, coming on to him in an enticing, clearly sexual way.

Mesmerized by these two women, Harry finds himself falling deeper under their spell. Yet the closer he gets to them, the more isolated he feels, disoriented by a growing fear that both women are hiding dangerous—even deadly—secrets . . . and that neither one is telling the truth.

Oh, man. This book is one of the most twisted, weird books that I’ve read in a long time.

The standout theme is taboo relationships. Warning: If reading about stepparent-stepchild sexual relationships aren’t your thing and it creeps you out (and it will for normal people) then stay away from this book. I am a stepparent and I found this book to be very disturbing. I had to keep telling myself that this book is just fiction.

I did not heed the Goodreads reviews and I regret it. The Goodreads rating is deceiving, because this book has a 3.9 rating!

The story is told in Then and Now perspectives, with Alice’s Then and Harry’s Now.

Alice’s Then gives the reader an understanding of Alice’s background and her broken, messed up childhood. Her mother is a drunk pill-popper who falls asleep before dinner, leaving Alice alone with her creepy stepfather. Alice is an evil character that acts out of self-preservation. She feels that she has no choice in her actions and she never feels like she’s done anything wrong but she is cunning, deceitful, and obsessive. She is a sociopath according to the traits as listed in this Huffington Post article. I think that Alice fits all 11 qualities of a sociopath!

Harry’s Now give the reader the present perspective and sees the mystery through Harry’s confusion, grief, and doubt. Harry attempts to put the pieces of his father’s mysterious death together while trying to figure out the next steps in his life. Does he want to return home to take over his father’s bookstore business, or start fresh somewhere else?

I liked the Maine setting, and the quaint town of Kennewick where the story takes place. The setting descriptions were gorgeous and transported me to this fictional beach town.

The story was fast-paced, but maybe it’s because I was so creeped out by all of the taboo relationships that it made me read quickly. The ending tied up all loose ends and answered many questions.

Peter Swanson writes very well and I really enjoyed The Kind Worth Killing which is why I wanted to read this book. I was expecting Alice to be similar to the cold and calculating killer protagonist Lily in The Kind Worth Killing. However, Alice is too crazy and too much of a sociopath for me to like her as much as I liked Lily.

Peter Swanson does a great job at making the reader dislike all of the characters in All The Beautiful Lies. There is definitely irony in the title of the book and the references that lies are “beautiful” (when in fact they are all ugly). All of the characters are deeply flawed and this is a dark, dark book.

Read at your own risk! You’ll enjoy this book if you can overlook all of the crazy taboo relationships and get swept up in the mystery. 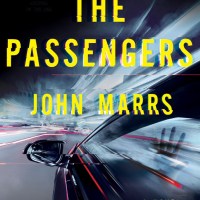 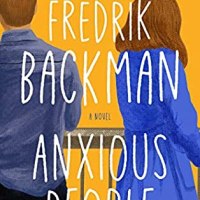